Things to Do in Mogadishu 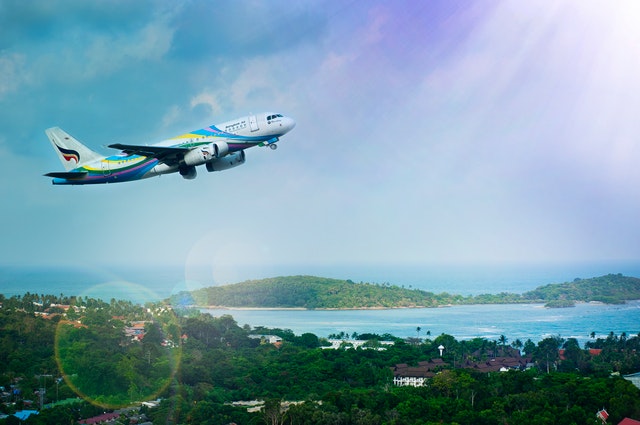 The world is an open canvas for you, where you can travel and experience new things. Speaking of new things, a visit to Mogadishu, the capital of African country Somalia will be a life-changing experience for you. The hidden jewel of traveling the world, Mogadishu has a lot to offer, where you can observe, experience and see a new culture, norms, and traditions. The best thing for travelers, however, is the cheap flights to Mogadishu, as you can travel while losing your pocket much and still can have a time of your life. So, let’s jump right into it and tell you about things you can do in this African city.

Known as The White Pearl of the Indian Ocean and locally renowned as Xamar or Hamar, Mogadishu is the capital of African country Somalia. In its medieval time, Mogadishu was ruled by the Muzaffar dynasty, later by Ajuran Sultanate, while, in the colonial period it became the capital of Italian Somaliland. In 1960, the Somali Republic became an independent state. Although it got freedom various militant groups fought for control of the city. In the mid-2000s Islamic Courts Union (ICU) took over the city which later divided into more radical groups.

Mogadishu remained a major battleground of the Somali civil war till 2010 when government troops and their military partners finally succeeded in forcing out rebels. Now the city is completely safe for travel.

In recent years, the city has experienced a period of rapid reconstruction including new Mogadishu airports, roads, Mogadishu hotels, and embassies of different countries. Situated on the Somali sea coast, Mogadishu has a relatively dry climate. Despite being a battlefield for such a long time, Mogadishu has so many tourist sites and landmarks like historical buildings, old market places and sandy beaches to explore.

The following are some of the major points where you can visit and enjoy your holidays with family and friends and have time of your life.

Despite facing the civil war for years, the old city of Shanghai is renowned for its beauty and architecture, and it is one of the best tourist attractions in Mogadishu. Located on the south shore of the city, Shanghai has always been a place for relaxation and luxury. For years, tourists and foreigners have chosen the place as their holiday destination. During the period of Italian colonization, the Italian expatriate and the wealthiest spent most of their leisurely hours on this site.

Somalia has the largest coastline in Africa with 3100 km along the Indian Ocean. Lido derives from the Italian word for “beach”. Developed in the late 1930s for Italian colonists this beach is situated on the northern side of the city. Over the years, the beach has become a hub of tourists, both domestic and foreign, making it a hotspot for enjoyment and relaxation. Today, thousands of local families and tourists visit Mogadishu’s coastline to spend their weekends.  The Beach offers a scenic view of the night skyline and deep Blue Ocean. This place is just perfect to get a fresh perspective regarding Somalia and to spend tranquil holidays.

White sand and the clear blue ocean make Jazeera Beach one of the best places to visit in Mogadishu. Located just a few kilometers south of the capital, the beach is a dream place to spend time. Luxury hotels, restaurants, small island access by rent a boat, are the features that make this beach popular. This place also offers tourists to have a close look at the animal market in the area where camels, cows, goats, and sheep are sold, the market is one of the biggest in the region, making it a hub for traders and local buyers. A salt mine is also located near the beach, giving an extra edge to the place. Jazeera Beach is a must-visit spot as it is always on the top in the international tourists’ list.

It is the largest open market in the country. It offers a wide range of products from fresh fruits and prepared foods to all kinds of spices, clothes, jewelry, household items to handmade accessories. Bakara Market was founded in 1972 during the reign of Mohamed Said Barre.  Throughout the civil war in the 1990s it was under the control of various militant groups who used it as a base for their operations. After the civil war all the shops were restored and today one can find every kind of shop there. The hustle-bustle and thriving rush at the place depicts the rich culture and living style of Somalia, making the place a window to local culture, norms, and traditions for the foreigners.

The museum site of the battle of Mogadishu or Black Hawk Down is a top tourist attraction in Mogadishu.  The history of the place goes back to 1993 when two U-S Black Hawk helicopters were shot down in this very area. An hour-long operation turned into a long stand-off between US forces and Somali militia. The crashed helicopters had been on the site until 2013 but later removed and the place was turned into a tourist spot. The museum is an interesting place to visit to understand the civil war, conflict, military operations being conducted in the city, hence, a definite spot to see and know Mogadishu.

6. Tomb of the Unknown Soldiers

This monument is built almost 60 years ago in the center of the city; the tomb’s gigantic pillar stands on a stone pedestal, along with the country’s flag. The sole purpose of this memorial is to pay tribute to all those people who lost their lives in the battles for the country. The simple yet stunning monument tells the stories of long lost lives of soldiers who fought for their country and gained its independence.

Built-in 1928 by Italian colonial authorities, it is a historic but destroyed-in-conflict Roman Catholic Cathedral.  It served as the seat of the Roman Catholic Diocese of Mogadishu. After 1991 it was largely abandoned mainly due to the civil war, in 2008 major portion of the cathedral was destroyed by the militant groups. Despite being not taken care of, the cathedral is still magnificent as its once towering and stunning walls are still erect and graceful stone arches are still in place, telling the stories of the old days.

The mosque of Islamic solidarity is the single largest masjid in the Horn of Africa. It is capable of accommodating up to 10,000 worshippers. The mosque was constructed in 1987 and it is still the main mosque in the capital city. In the early 1990s, due to the start of civil war, it was closed down but reopened by the Islamic Courts Union (ICU) in 2006. The mosque still attracts hundreds of tourists and devotees on a daily bases, making it a central monument of the city.

The House is 100 years old building built during the colonial era. It was used as a municipality building and was the most popular government offices in Somalia. This building is a mixture of Italian and Arab architecture with a huge garden in front of the main entrance. The building still depicts its royalty and elegance with just standing there. The outlook and appearance of this century-old building still leave an awe-striking impact on the tourists, making it a must-visit place for the travelers.